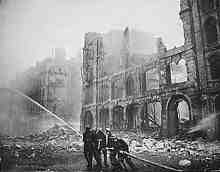 Stephen Graham was fifty five when war was declared in 1939 and therefore too old for military service.  He spent the first few months writing a new kind of book designed to meet the demands of contemporary conditions (including one on the importance of oil in determining the outcome of modern warfare).  Stephen was asked to edit a special newsletter which dealt with the fate of the Orthodox Churches in wartime, but he became a somewhat controversial figure, for despite the British alliance with Soviet Russia to defeat Hitler Stephen continued to see the Soviet government as a threat to the world and its own people. 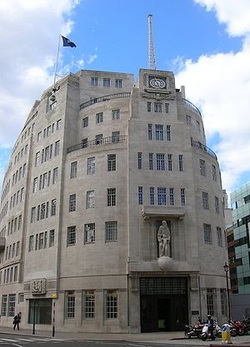 Stephen worked for the BBC during the war, probably as a language supervisor for its broadcasts to Yugoslavia, which was occupied by the Germans.  He was therefore able to watch at first hand the sharp divisions that took place between Serbian and Croatian emigres in London.  He also watched in anger as the British government gradually abandoned the Serbian chetnik resistance forces of General Mihailovic in favour of Tito's communist partisans.  Stephen believed that the British government treated the Serbs poorly and complained bitterly about its policy in his letters.  During the final months of the year, when Tito's partisans 'liberated' Yugoslavia from German control, Stephen made a series of broadcasts to the country.  He was not however able to make these political but instead confined himself to descriptions of developments in Britain. 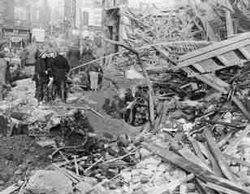 Stephen lived with Vera at 60 Frith Street throughout the war but life was not easy.  The house was badly-damaged by a bomb on more than one occasion.  Nor was it easy to get around London, whilst the shortage of food made life difficult (the shortage of red wine was the hardest of all the privations they had to face!).  Vera's family was still in Yugoslavia which made life still harder.  Nor did Stephen find it easy to be stuck in one place.  Although he loved London he had spent most of his life on the move and he found it difficult not to be able to travel abroad. 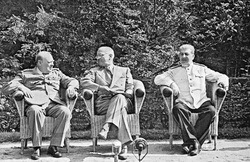 Stephen continued to work for the BBC after the war - although now he worked for the Russian section which played an important role in broadcasting to the USSR in the early days of the Cold War. Stephen would have liked to return to full-time writing but he needed the BBC salary to survive.  Although he loathed the USSR - he still blamed the communist government for destroying the old Russia he had loved - he was also sceptical about the claims of Britain and America to represent all that was 'right' in the world.  Stephen had always been suspicious of capitalism as a destructive force that ripped apart traditional societies.  He was therefore unwilling to see the Cold War as a simple conflict between right and wrong.  In his book Summing Up On Russia he was surprisingly judicious in his discussion of Stalin and the country he ruled over.  Stephen did not however only spend his time thinking about politics.  He did a great deal of book reviewing.  He also wrote a number of biographies.  Stephen's work seemed increasingly old-fashioned for a modern audience,though, and much of the work he wrote during this period was never published.